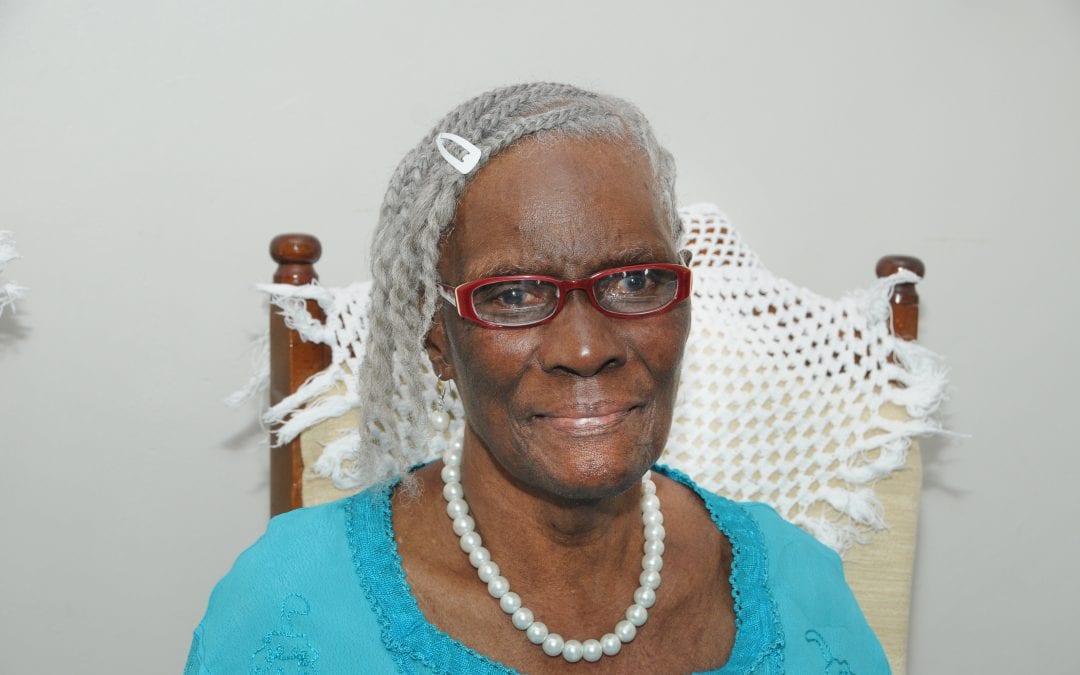 Ruby Brewster is a firm believer in the maxim “family must come first.”  This was evident in her selfless love for her relatives even when she was separated from them, thousands of miles across the ocean.

Mrs. Brewster was born in Clifton Hall, St John but grew up in Glebe Land, in the same parish. She was educated at St. John’s School.

In her younger days, Ruby was head cook at the former St. John’s Almshouse.  She is famed for stirring “20 pounds of corn meal” to make cou cou, (her favourite dish).   To carry out this task, she stood on a foot stool over the pot.

She met and later wed Charles Brewster and had one son now deceased.  They migrated to the United Kingdom, where she worked at King’s College Hospital in London as a Nurses’ Assistant.  She returned to Barbados in 1980.

Ruby, who now lives at Rosegate, St John is the sister of late trade unionist, Horatio Cooke. She has one granddaughter and two great-grandchildren.

She has no major ailments except for minor problems with her eyes and hearing.  In fact, she still stirs cou cou under supervision.

Mrs. Brewster attributes her long life to God adding: “The Bible says earthly things will pass and there will be no more pain or sorrow, sickness or worries.  All of us must pray for that day and thank Jehovah for the strength to be here.”

Ruby is a devout Jehovah Witness.  Her hobbies include cooking and attending bible study.

She is part of a family of “long-livers”.  Her mother Lenora Cooke, lived to be 101.  Her cousin Icilma Marsh, who attended her birthday celebrations recently, turned 100 last year.