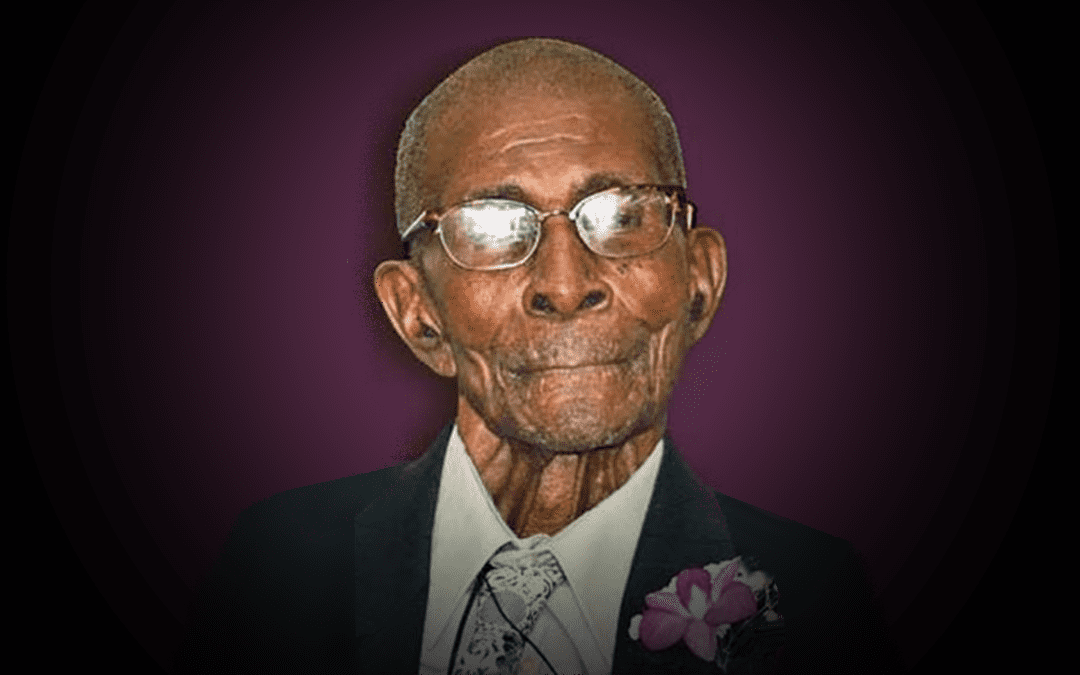 Rupert and his siblings Viterose, French, Earlyn Ethel, Hilary (all deceased) Vorel (Barbados) and Alexander – Trinidad were products of a blended family union. His navel string “was buried right here so” in Cave Hill, St. Lucy. He is currently the oldest surviving person in his line of ancestors, as well as the oldest male in this part of the parish.

Following is a sample of the several names by which this great grand dad is known with each name having its own colourful significance:- “Spring”, “kronjie”, “Brickey”, “Notchie”, “Sweeters”, “Daddy” and “Grandad”. Rupert married his childhood sweetheart Miriam Viola “Vie” Sobers on April 4, 1943, after a six year courtship. Their union produced eight children: Marlene, the late Olton Mckenzie, Kinch, Ancil, (USA), Colleen, Verna Valcina (England) Norma and Clayton. The couple had been married for almost sixty years when Miriam died in September 2002.