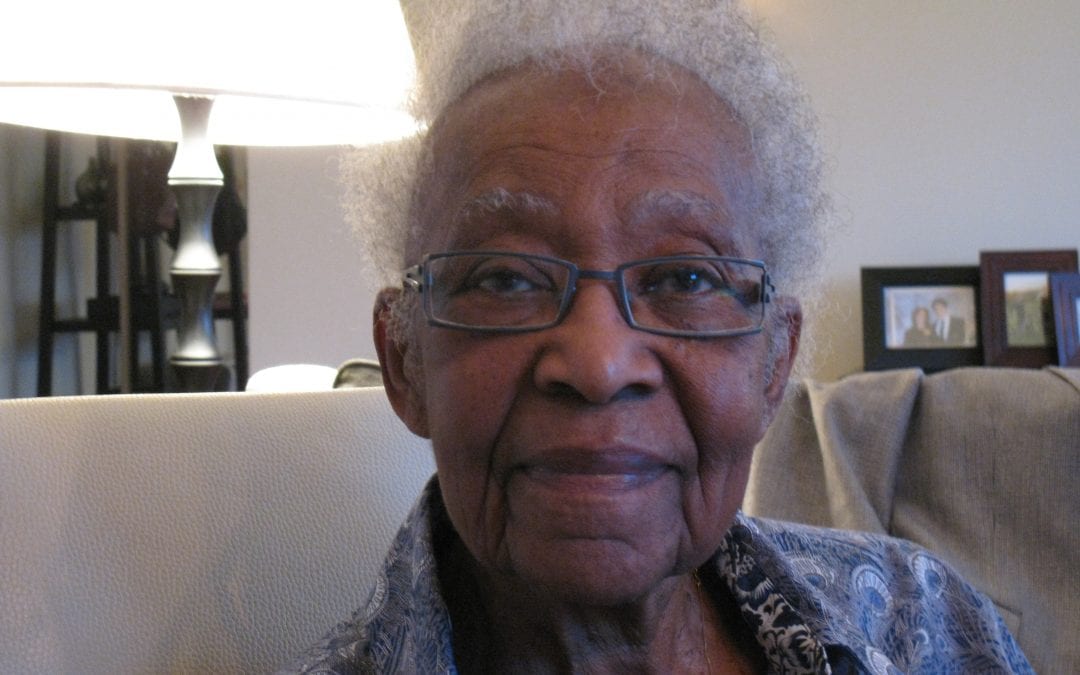 Una Leonora Haynes Adams was born on 1913 in St. Michael. She was educated at St. Mary’s Girl school, where she learnt dressmaking, crafts and music.  Her religious upbringing was at the Salvation Army, Reed Street Central Corp. In 1934, she married Fred Adams, a member of the Royal Barbados Police band.  During World War II, he served in Europe with the Canadian Army Medical Corps, and when he settled in Canada after the war, she joined him in Montreal. She has two sons, Dr. Robert Adams and Neil Grantley Adams, and three grandsons.  Mrs. Haynes Adams continues to reside in Canada, but she never fails to let other know where her roots are.  She is proud to be a Barbadian.