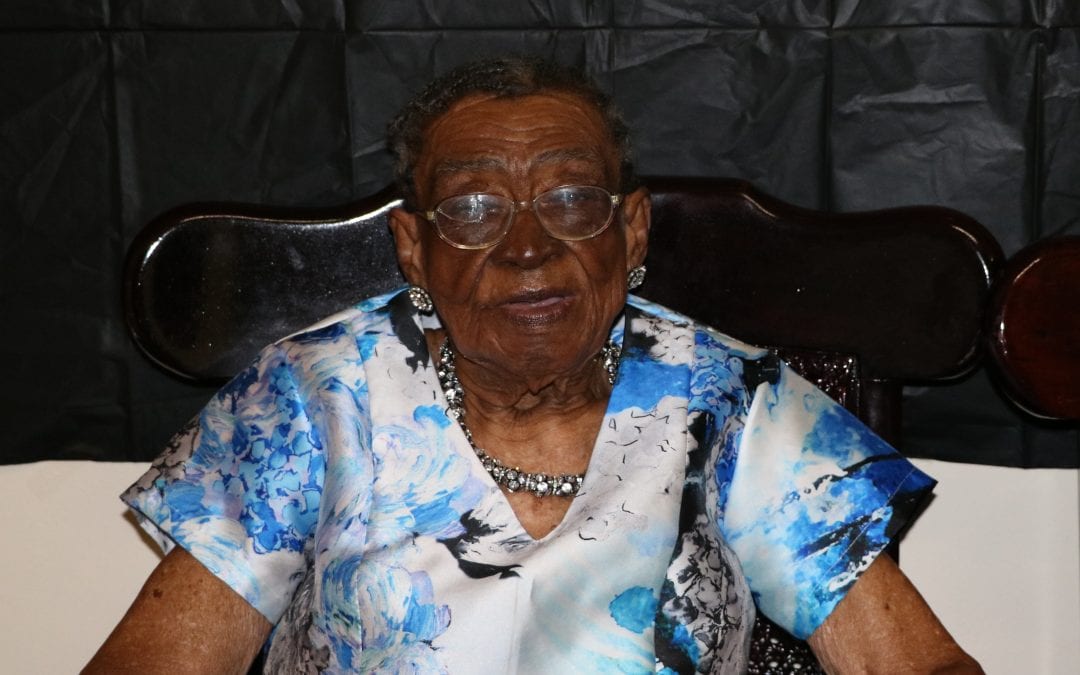 Vida Llewellyn Grace whipped up many tasty breakfast dishes for tourists staying at the then Holiday Inn Hotel and other hotels with aplomb.

Her dedication to her role as breakfast cook earned her the respect of her peers and management.  It brought tremendous self-satisfaction for a job well done.

Vida was born at Massiah Street, St. John to Annie and Herbert Craig.  The eldest of four siblings, all now deceased, she was educated at St. John’s Mixed School where she remained until the age of 12.

From an early age Vida loved cooking and domestic work.  It was this passion that led her to work alongside her mother at the Lodge School as a domestic in the boarding section of the school.

As a country girl, she had a strong desire to experience City life and started spending time with friends and relatives living in the environs of town.  Satisfied with the experience, Vida worked in Belleville and Maxwell as a domestic.

She completed a course in Housekeeping at the now defunct House Craft Centre in Bay Street.   On completion, she worked at Benston Beach, the Holiday Inn, Grand Bay and Grand Barbados.

Niece, Heather Craig-Gill describes her aunt as “friendly, jovial and mouthy”.  She added: “If annoyed, she will tell you off.  Her mother, my grandmother, often described her as the most “hard-ears” of her children but I think she was just determined.”

Mrs. Craig-Gill said her aunt was independent and loved to make her own decisions.  One decision was to sell her home in St. John and move to Wildey, St. Michael on the death of her life partner.  She later moved back to the country at the birth of her son.

She also credited her aunt for single handedly raising her three teenaged great granddaughters on the death of their mother – her granddaughter in 2006.  Vida loved to travel and she visited Trinidad and Dominica in her younger days.

Former work colleague at Holiday Inn Hotel, Victor Forde, said she was a very good cook who had an excellent memory and never got the orders mixed up.  “She was a joy to work with.  She had a good sense of humour and loved a good laugh,” he added.

Vida said it felt great to be 100-years-old and said she had no ailments.