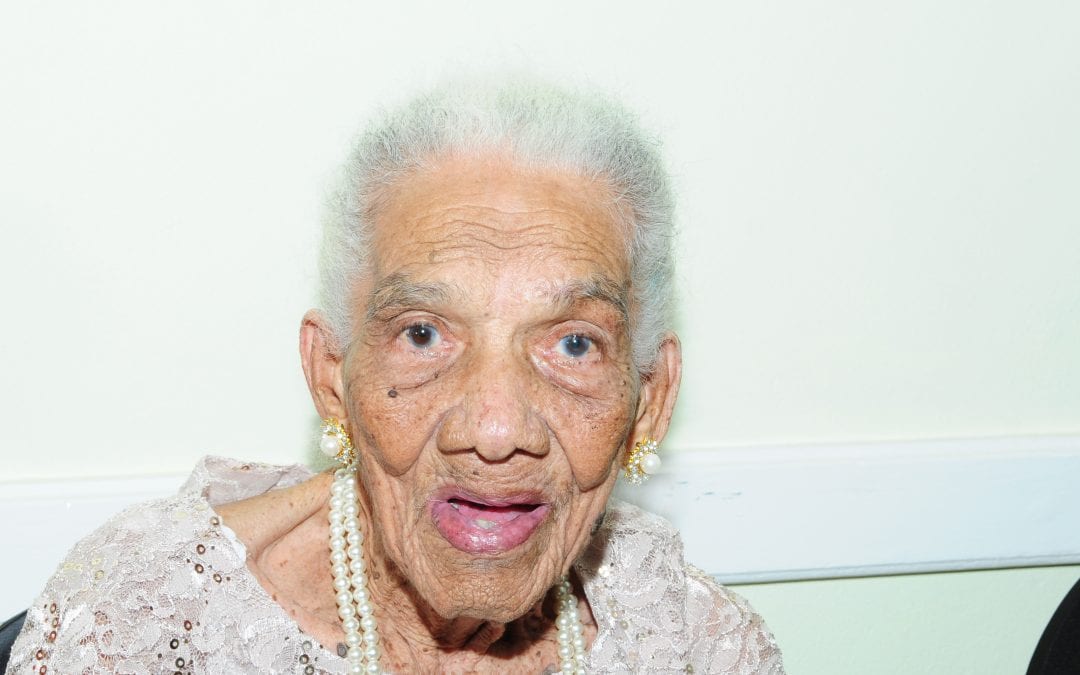 Violet Gilkes was born in Bayfield, St. Philip to Florence Roberts. Her mother died at an early age and she was raised by Jane Greaves and an uncle.

Educated at St. Mark’s School, she worked as a domestic with DaCosta and Mussons Limited.

Although a domestic, Mrs. Gilkes had an entrepreneurial spirit.  From her backyard, she raised chickens, sold eggs and goat’s milk.  She also sold limes from her orchard to the Crane and Sam Lord’s Castle hotels.

She was married twice and had one son, now deceased.  Violet also has six grandchildren and 14 great grandchildren.