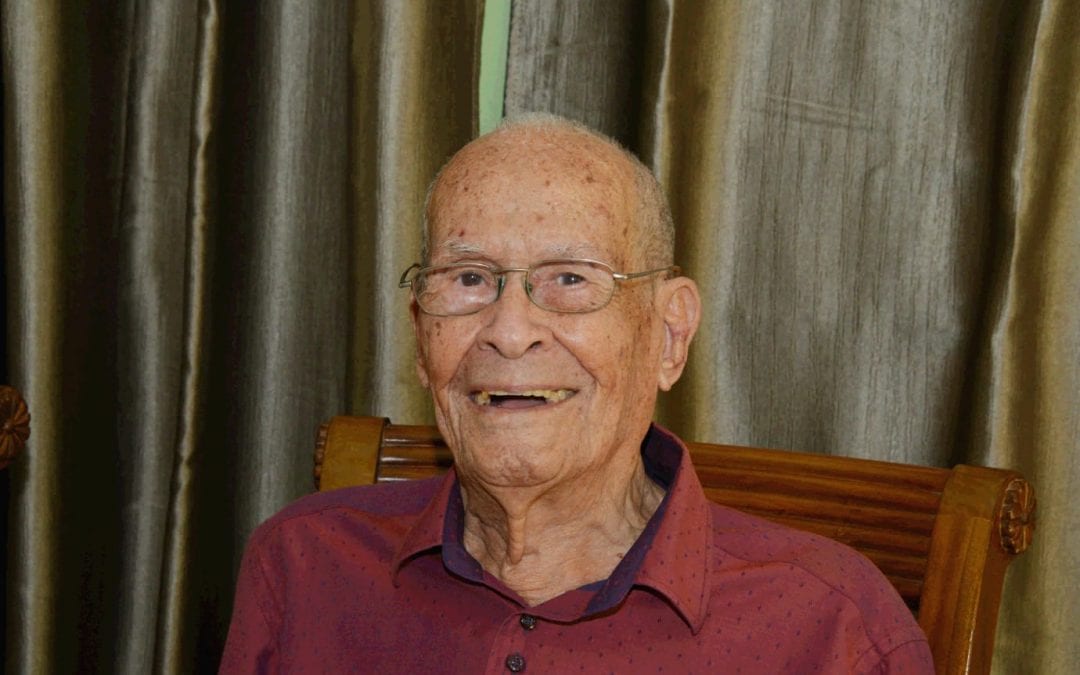 Winston Richardson’s sharp wit and “razor-sharp” memory endears him to everyone he encounters.

The affable centenarian, familiarly known
as “Woody”, was the man of the moment at Rendezvous Retreat on Monday, December
30, 2019, as residents joined Acting Governor General Sir Kenneth Hewitt, in offering
a toast to him during birthday celebrations there.

The Acting Governor General was impressed
with “Woody’s” youthful looks and remarked that his longevity could be
attributed to diet, and his athleticism to the days of being an avid sportsman.

“It is a privilege to be in the company of
someone who is 105 years old….  He was an
avid sportsman and I have no doubt, that in addition to exercise, diet must
have played a role.  It would be good if
you can tell us younger folk what you did eat or did not eat, what you drank or
did not drink,” Sir Kenneth said, to peals of laughter from those in
attendance.

Mr. Richardson thanked all those who
attended his birthday celebrations, and declared that he “still had a little
something left in him”.

Born in Castries, St. Lucia, “Woody” came
to Barbados at the age of 12 and attended the Combermere School.  On leaving school, he was the Chief Superintendent
at the Water Works, now the Barbados Water Authority.  He was responsible for looking after the
water supply for the entire country.

In sporting circles, he was a
quarter-miler; ran the then 220-yard (200 metres), and 440-yard (400 metres)
races; played football for Barbados; and was a commodore for the then Barbados
Cruising Club.  In his spare time, he was
an avid amateur radio operator, and built all of his electrical gadgets.

He was married to Vincentian Theresa
Ambrose, now deceased.  The couple had
three children.