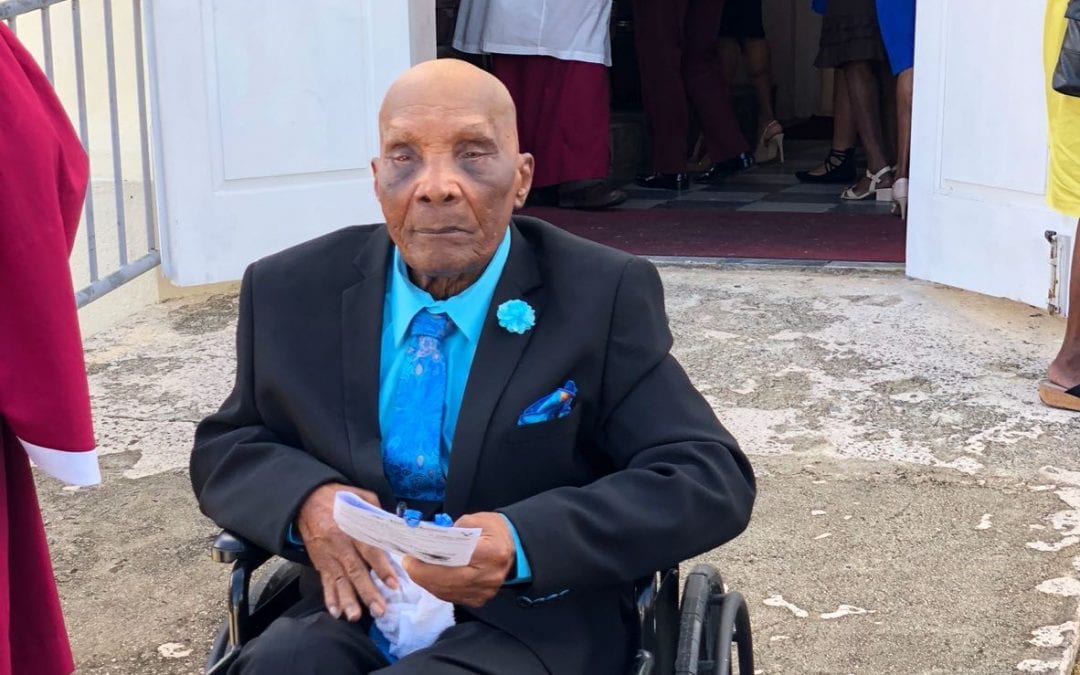 Educated at Providence Boys’ School, Winston worked alongside his grandmother pulling grass at Gibbons Plantation, in the same parish until age 10.  Later, he worked weeding the roads and clearing gutters with the Ministry of Communications, now called the Ministry of Transport, Works and Maintenance.  He also worked as a watchman.

He married his sweetheart Vernese, who died in 2016.  The couple had eight children, three are deceased.  However, Winston had nine children from previous relationships.  He has 31 grandchildren and 28 great-grandchildren.

Winston is still a member of St. Peter’s Parish Church, and attends service on his birthday, which he celebrates on June 23, and for Fathers’ Day.  In his younger days, he was a member of the Men’s Fellowship and sang in the choir.

He also played Warri in his spare time.

Bernadette Austin, his daughter, recalled warm memories of her father growing up.  “One of my fondest memories is Dad taking my younger sister and brother to the beach early on Saturday mornings.  I am fortunate to create many more memories as I assist with the caring of him after work and on weekends.  He still has his mental faculties and still communicates with his helper on a day to basis.  It’s a joy to care for him, as he’s no trouble.”